In this study, we investigated the protective effect of mitochondria-targeted antioxidant Mito-TEMPO against damage caused by increased number of free radicals that is due to abdominal ischemia-reperfusion on myocardial papillary muscle contractile function.

Wistar Albino male rats weighing 350-400 g were used for the experiment. Rats were randomly divided into 3 groups as SHAM, ischemia-reperfusion (IR) and Mito-TEMPO+ ischemiareperfusion (MT+IR). MT+IR group were received intraperitoneal injection of Mito-TEMPO (0.7 mg/kg/day) for 28 days. SHAM and IR groups were injected with ultrapure water. Incision were made from abdominal region for SHAM group while abdominal aorta were clamped for 1 hr and reperfused for 2 hrs for IR an MT+IR groups. Abdominal regions were sutured during reperfusion and papillary muscles were isolated from left ventricle following the reperfusion period. Blood samples for biochemical assays were collected from each group.

The isometric contraction results have shown that Mito-TEMPO injection has protective effects on all contraction parameters impaired by abdominal ischemia-reperfusion. Histological and biochemical findings have also shown same protective effect of Mito-TEMPO on papillary muscle against structural and chemical deformity caused by abdominal ischemia-reperfusion. People can be exposed to ischemia-reperfusion in many attempts to treat, such as bypass, aneurysm and organ transplantations as well as injuries. Therefore, the results of the present study may be important in understanding the underlying causes of many secondary complications encountered in the clinic. 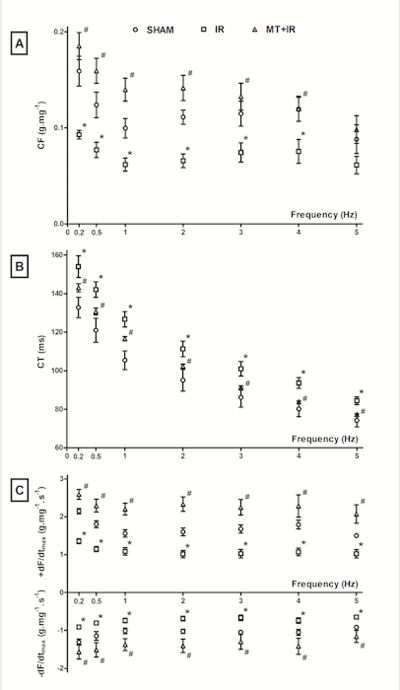 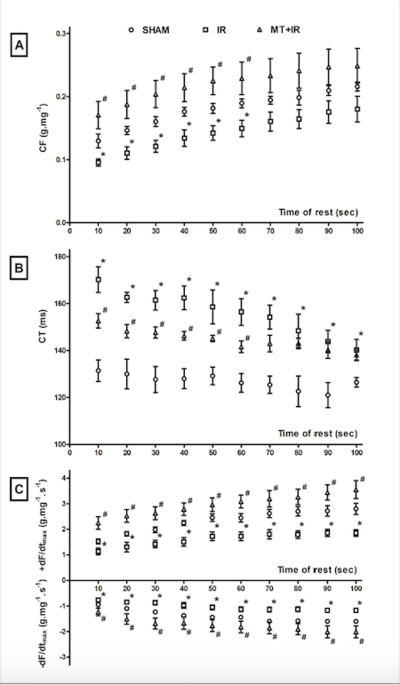