Malfunction of mitochondria, key players in various essential cell processes, has been repeatedly reported in schizophrenia (SZ) [1]. Recent studies have reported functional improvement and cellular viability following mitochondrial transplantation in several diseases [2]. Here we aimed to study (A) the effect of transfer of isolated active normal mitochondria (IAN-MIT) into SZ-derived iPSCs on their impaired differentiation into glutamatergic neurons [3]; and (B) the effect of IAN-MIT transfer into the medial prefrontal cortex (mPFC) in adolescence on SZ-related behavior and mitochondrial function in adulthood, using the poly I:C rat model of SZ. In this model, maternal immune activation by poly I:C leads to SZ-relevant behavioral and morphological deficits in adult offspring [4]. Notably, a significant decrease in mitochondrial ATP production was observed in poly I:C-treated mice, mainly attributed to a lower complex I activity.

In the in-vitro study, IAN-MIT were transferred into differentiating SZ-derived iPSCs into glutamatergic neurons. At the end of the differentiation period, the efficiency of neuronal differentiation was assessed by the expression of neuronal and glutamatergic markers (β3-Tubulin, Tbr1, PSD-95 and Synapsin1) using immunofluorescence staining. In addition, glutamate (Glu) and glutamine (Gln) metabolism were evaluated by high-pressure liquid chromatography (HPLC). In the in-vivo study, pregnant dams were injected with poly I:C or saline. On postnatal days 34-47, their offspring were administered with a single bilateral stereotaxic injection of freshly prepared IAN-MIT or vehicle into the mPFC. In adulthood, attentional function was assessed by the latent inhibition (LI) test, and mitochondrial function was evaluated in fronto-cortical freshly isolated JC-1 stained neurons by measuring mitochondrial membrane potential (Δym) and mitochondrial network dynamics, using confocal microscopy.

These findings demonstrate a beneficial effect of IAN-MIT transfer in-vitro and in-vivo, suggesting its therapeutic potential in diseases with bioenergetic and neurodevelopmental abnormalities such as SZ. The results suggest that in-vivo IAN-MIT transfer is beneficial when mitochondrial function is impaired, while under normal conditions it interferes with the homeostasis of mitochondrial diverse functions. Moreover, this study provides evidence for a possible relationship between mitochondria and attention, as an opposite pattern was obtained in controls and poly-I:C offspring for both mitochondrial and attentional functions. 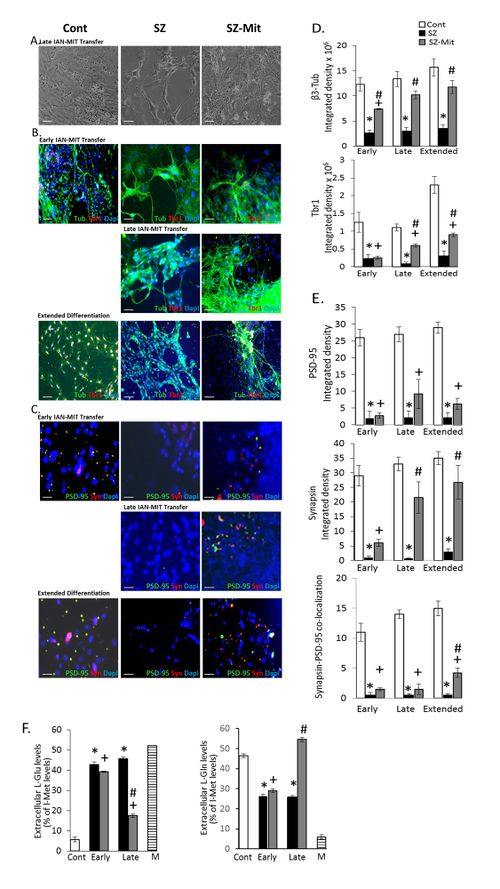 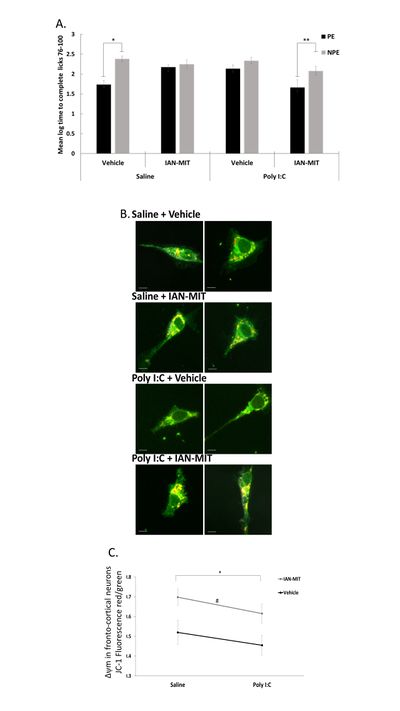