MiP2010 starts with a provocative title: Mitochondrial physiology – the many functions of the organism in our cells. It is a citation of MiP2005 [1] with subtle change. 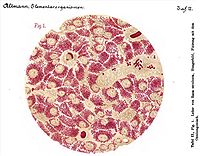 MiP2010 starts with a provocative title: Mitochondrial physiology – the many functions of the organism in our cells. It is a citation of MiP2005 [1] with subtle change. There is general agreement growing beyond the specialist ‚mitochondriac’ community, that mitochondria serve many functions. They form an essential part of the metabolic network of the cell (Session 1), not only centre stage as the powerhouses for aerobic performance, but also participating in biosynthetic pathways including their own biogenesis (Session 2). Mitochondrial physiology is the study of mitochondrial function, which includes dysfunction leading to - or a result of - organismic disease (Session 3), including cancer (Session 4) and degenerative diseases involved in ageing (Session 5). Mitochondrial biogenesis by division includes fission, and fusion extends the plasticity of mitochondrial form, extensively studied now to elucidate the functional consequences of mitochondrial reproduction, dynamic development, growth, movement, and reshaping of the mitochondrial colony within the cell (Session 6). 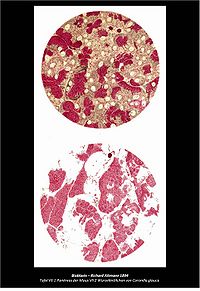 In the signalling network of the cell, mitochondria are not merely passive receivers of centrally issued commands, but return messages to the cell including retrograde responses to the nucleus, death signals, communication through regulation of the adenylate energy state, redox balance, ROS buffering, and ion homoeostasis. Mitochondria respond to stimuli by regulatory mechanisms as a basis for maintenance of homeostasis. Since signalling can be a one-way process (who is not aware of this problem), the actual dynamics is perhaps better described as a communications network in the cell where each full player is both sender and receiver. mtDNA adds another dimension to the interaction between the powerhouses of the cell and the nucleus, with the majority of originally mitochondrial genes being camped in the nucleus to encode mitochondrial proteins ‚externally’. Taken together, this bestows upon mitochondria a characteristic identity within the framework of the cell. As a consequence, the semantic slip inserted above - ‚mitochondria return messages to the cell’ - may appear to be acceptable. But shouldn’t we say properly ‚mitochondria return messages to the other components of the cell’?

This marks the transition to the provocative part: Mitochondria as ‚organism in our cells’ should make us freeze. Not being novel at all, though, is this not the exciting, necessary, and arresting conclusion derived from the above narrative description of the many functions of mitochondria? To summarize: The mitochondrial identity is distinct from an organelle. Having started in early history as independent organisms in their primordial territory, mitochondria became immigrants and evolved as symbionts in other organisms, and now are fully (inter)dependent aliens with permanent residence (Session 7). Among the bioblasts, independence from their new intracellular environment has been lost in the course of evolution of the elementary organisms in our cells, whereas another group of bioblasts remained free-living microorganisms [2]. Since no organism can be defined as being independent of its environment, however, the question is raised: At which stage in the evolutionary development did the organism ‚mitochondrion’ stop to be an organism – did it stop at all?

’.. microorganisms and granula are at an equivalent level and represent elementary organisms, which are found wherever living forces are acting, thus we want to describe them by the common term bioblasts. In the bioblast, that morphological unit of living matter appears to be found.’ Altmann 1894; p. 141 [2]. 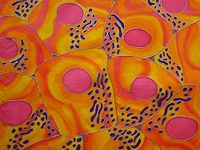 Good health of the mitochondrial organism

Surprisingly, the term ‚organism’ in the title of MiP2010 did not (yet) elicit protest, except for the stimulating correspondence with Nick Lane (Session 7). Perhaps it is properly perceived merely as a playful power game of terms fitting the title of the FEBS Workshop. We want to take this power game a major step forward. It may signal the transition from a science on ‚mitochondria in health and disease’ to the study of ‚mitochondrial health’. Progress in our understanding of mitochondrial disease is tremendous, important, and staggering, with new dimensions emerging on successful therapies. Paradoxically, however, comparatively little has been achieved to provide quantitative and qualitative measures and functional criteria for defining mitochondrial health. Lack of methodological standardization makes healthy mitochondria in one lab look very bad in the other [3]. Presently, we have to select a healthy control group of volunteers, to characterize the function of their muscle mitochondria; in retrospect we conclude: these mitochondria look healthy. It does not work the other way, with respect to mitochondrial health. We are not yet able to conclude on the basis of mitochondrial functional studies, if the mitochondria of a sedentary overfed control group [4] are actually healthy or rather in a state of ‘mitochondrial fever’.

Healthy mitochondria are a hallmark of the quality of life. Related to the view of Richard Altmann (p. 143) on ‘the protoplasm as a colony of bioblasts’ [2], not only the quality but also the size of the colony matters. Mitochondria are stimulated to proliferate by aerobic endurance training, representing the most successful treatment of numerous degenerative diseases including diabetes 2. Even against this enormously wide-ranging background, the concept of mitochondrial health remains overcast by uncertainties whether more or less mitochondria is good or bad [5]. Would you take the underpinning findings on ‘beneficial effects of defective OXPHOS’ (increased glucose tolerance in mice with OXPHOS deficiency due to muscle- and liver-specific AIF ablation [6]), as a personal advice against a Walk & Talk into the mountains, which might boost up respiratory capacity of your mitochondria and keep your bioblasts healthy? Loss of enzymatic activity below the biochemical threshold is seen by most researchers as a restriction of the healthy state. Yet knockdown of Phd1, responsible for the decline of respiration with pyruvate+malate and oxidative muscle performance, provides protection against lethal ischemia, thus inducing hypoxia tolerance and offering treatment perspectives for disorders characterized by oxidative stress [7]. Are such mitochondria healthy, and is low mitochondrial density as a result of a sedentary lifestyle, therefore, desirable for mitochondrial health – the fewer aliens the better? 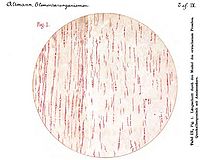 Much of the discussion rests on the use of animal models. Healthy rodents (with healthy aliens) are hardly ever studied, since accepted practice in animal facilities imposes an unnatural sedentary overfed lifestyle upon experimental and control groups [8]. No criteria have yet been elaborated to characterize a mouse skeletal muscle mitochondrion as healthy. Why is the functional pattern of coupling and substrate control more similar between mouse [7] and bird (‘pigeon breast muscle as model organ’ is the entire description of the physiological state of the organism used as a source of isolated mitochondria [9]), compared to the entirely different pattern in human muscle mitochondria (Section 2.01)? What makes mitochondrial health specifically human? Why are skeletal muscle mitochondria different in man [10] and horse (Section 2.06)? Appreciation of this functional diversity – by contrast to a paradigm of mitochondrial indifference in muscle of mouse to steer [11] – needs to be added to the textbook chapters on diversity between muscle and liver, yeast and insect mitochondria. Little do we know why mouse muscle mitochondria are healthy with respiratory control patterns that would indicate a lethal mitochondrial defect in human muscle. Mitochondrial functional diversity will represent a gold mine for mitochondrial physiology, to learn more about mitochondrial function, mitochondrial health and disease. To rephrase the title: How many mitochondrial species exist today in the world of Eukarya and in the diversity of cellular niches in the cells of different organs and species? What makes these bioblasts different, and how are they linked?

The alien, the bioblast, and Gentle Science

The above examples are representative of merely a small, personal [3], but penetrating segment of mitochondrial physiology, illustrating a global perspective: We need to develop a concept on mitochondrial health. The introduction to MiP2005 remains valid today: ‘A mission of mitochondrial physiology is to fundamentally improve our understanding of the integrative role of bioenergetic principles and mitochondrial function in the entire context of the intact cell. Which cell, which mitochondrion? Mitochondria have many faces and diverse functions. It is the comparative study of mitochondria from (and in) different cell types and tissues, from various organisms and contrasting genetic background, that leads to validated unifying concepts in MiP. Complex feedback loops operate between the systems of cell signalling and energy metabolism, and between the anaerobic and aerobic components of regulation and control of metabolic flux. MiP is thus an intellectual challenge deeply rooted in systems biology. An important task of MiP is the improvement of concepts and eventually standardization of quantitative methods for the diagnosis of mitochondrial function (health, nutrition, quality of life, aging) and mitochondrial defects (genetic and acquired degenerative diseases, metabolic and oxidative stress, e.g. in cancer and ischemia-reperfusion), to ultimately contribute to novel therapies of mitochondrial disorders. This global perspective requires global cooperation’ [1].

This other organism in our cells is an alien, whether it was once called an ozonophore [12], bioblast [2], or now a mitochondrion, in science and society. Comparative mitochondrial physiology and pathology will provide the necessary milestones towards developing a fundamental concept on mitochondrial health, and MiP2010 presents various contributions towards this aim. In addition to our collaborative efforts in science, we share a joint responsibility to change the state of the incomprehensible mitochondrial alien in the general public. Surveys on the state of mitochondrial health in our society belong to the most important aspects of preventive medicine for sustaining the quality of life, in developed and developing countries, in affluent and underprivileged, old and young people, in the variety of human populations and the endangered diversity of species in our world. The benefits and implications of high quality standards in mitochondrial research, leading to a generalized concept of mitochondrial health, are potentially enormous, considering the impact in mitochondrial medicine of life style related to exercise and nutrition, obesity, degenerative diseases, metabolic syndrome, muscular and cognitive dysfunction, rare mitochondrial diseases, healthy aging, cardiovascular diseases, reducing the risks for a range of cancers, immunological fitness, competitive and non-competitive sports, hypoxia, ischemia-reperfusion. Scientific publications and conferences, continuous quality control and incorporating ‘Best Practice’ in the laboratory are important to gain qualified information, but are not sufficient to bridge the gap between academic knowledge and public awareness on life style, nutrition, exercise, and mitochondrial health. Many established and innovative approaches are required to move mitochondrial health upfront in elementary education, in the continuously learning community in general, and in the minds of players in our health care systems in particular.

For such an enormous task, we need to join forces, unravelling our skills as scientific communicators (across disciplines) and encouraging the cooperation and contribution of professional communicators (beyond disciplines). In this spirit, we present „The Beauty of Mitochondria“ as a teamwork of the participants of MiP2010, of scientists who are artists and artists who are scientists (Section 7.02). With cooperation, the Bioblast Wiki (p. 111) can make a contribution. MiP may thus provide a home for Gentle Science, including all rigour of quantitative bioenergetics, the excitement of competitive challenges, with collaboration more rewarding than competition, fair play and good sports, scientific social responsibility, network organization, respect for the beauties and cruelties of nature, consideration of sustainability, emphasis on quality of science rather than patchwork quantity, as students and teachers with a burning desire to play in the large network of living and evolving systems, sharing the power of life – as Gentle Scientists: Gentle Science Shapes the World.

Disclaimer - combination of interests: EG is founder and CEO of Oroboros Instruments Corp.