“The International System of Units, the SI, has been used around the world as the preferred system of units, the basic language for science, technology, industry and trade since it was established in 1960.” This statement heralds the 9th edition of the SI released on 2019-May-20. An new approach was introduced by defining the SI base units ― and thus the abstract SI units in general ― by their relation to fixed numerical values of fundamental constants of nature. Previous definitions of abstract units relied on a reference to concrete individual things realized as material artefacts, such as the International Prototype of the Kilogram (IPK). The (general) abstract unit ‘kilogram’ had to be calibrated in balance against an (individual) ‘entetic’ unit defining “1 kg” as a reference for the unit of mass and the mole [mol] as the unit of amount. Now the SI defines the mole as the fixed number of entities given by the Avogadro constant NA. The elementary charge e is a fixed number of charges per proton. Amount and charge are thus in a fixed relation to the count of elementary entities UX [x]. Count, amount, and charge are isomorphic elementary quantities. Amount and charge are linked to the count NX = N∙UX with elementary unit x by fixed conversion constants NA-1 [mol∙x−1] and e [C∙x−1], respectively. The SI does not use the elementary unit x. This causes a number of formal inconsistencies as discussed in the present communication on Euclid’s unit, which is UX, and Euclid’s number, which is a count NX. 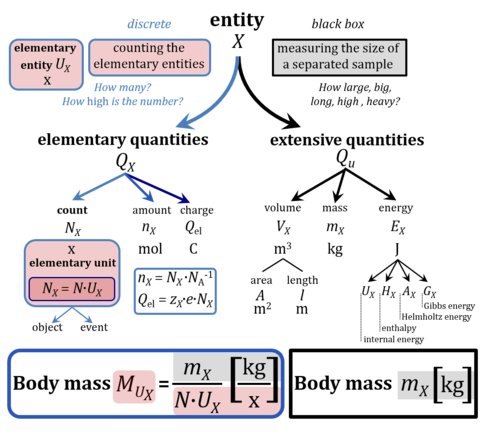 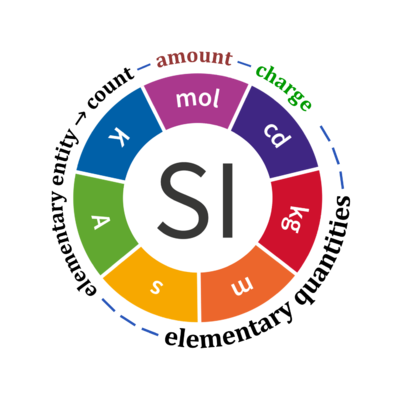 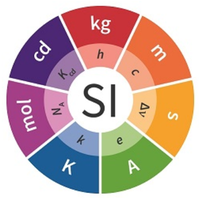