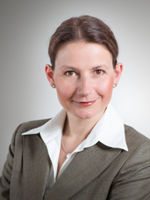 Microcirculatory and mitochondrial dysfunction are considered as the main pathophysiological mechanisms in septic shock and multiorgan failure [1]. However, results concerning mitochondrial function in the liver are controversial [2-4]. One possible reason for this heterogeneity could be a wide spectrum of septic models used, with varying degrees of sepsis severity. The aim of the present study was to analyze hepatic mitochondrial function during polymicrobial sepsis with abdominal focus, depending on severity of the septic process.

Operative stress induced by laparotomy and, to a greater extent, moderate sepsis (CASP 16G) lead to a higher energy coupling without affecting the efficacy of oxidative phosphorylation. More severe sepsis (CASP 14G) does not affect hepatic mitochondrial function. Thus, the severity of sepsis might explain the heterogeneity of mitochondrial function reported in the literature.

This study was performed with approval of the local animal care and use committee.