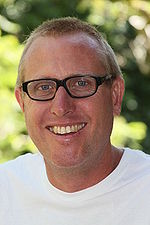 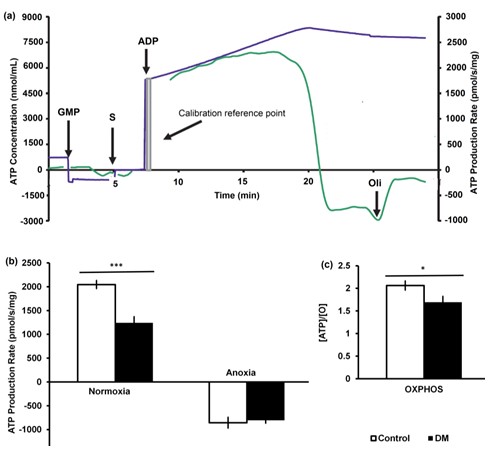 Fig. 1. ATP production capacities (mg-1) of diabetic (black) and age matched control hearts (open). (a) Simultaneous measurement of mitochondrial O2 flux (not shown) and ATP production. Respiratory flux was followed in the presence of oxygen and a CI+II-linked substrate combination (inset a, GMP: glutamate+malate+pyruvate, S: succinate), and then Mg2+-free ADP was added to initiate ATP synthesis (OXPHOS). Respiration was allowed to run into anoxia after which oligomycin (Omy) was added and the background ATP hydrolysis signal subtracted as background. (b) ATP production per mass of tissue (pmol∙s-1∙mg-1) in normoxia and anoxia. (c) The active or steady-state ~P/O ratio was then determined from the rate of ATP synthesised relative to the flux of molecular O in OXPHOS. (*P<0.05, **P<0.01, ***P<0.005, N=12 per group 8-week diabetic rat hearts and their age-matched controls).