Bumblebees (Bombus terrestris) have been seen as enigmatic species, firstly due to their large size and the miscalculation that they theoretically cannot fly, and secondly because on cold days they can fly while other insect species cannot. It was initially proposed that bumblebees may heat flight muscles through futile cycles within glycolysis, however this has in part been dispelled because heat formed by this mechanism accounts for approximately 12% of that required to warm the thorax [1]. This made us question whether there are other heat sources, as heat derived within muscle may come from different sources. Ion (calcium) cycling has been invoked for modified non contractile rectus muscles of billfish heater organs, this likely cannot apply for insect flight muscles. Actin myosin cross-bridging events generate heat in shivering, through the gross inefficiency of molecular movements. While bumblebees do appear to shiver, this may only occur once permissible temperatures are reached (15-20oC). Lastly high levels of mitochondrial release heat occur with respiration, and this is accelerated through the induction of inefficiency through uncoupling. Mitochondrial heat generation in bumblebees has been largely discounted as they appear to lack uncoupling proteins, and if muscles are not contracting through shivering there is little ADP to drive high levels of respiration in the absence of uncoupling proteins. However, we contend that glycerol 3 phosphate of the glycerol 3 phosphate (G3P) shuttle lacks efficiency through poor coupling both of the electron transport system to oxidative phosphorylation and in terms of NADH oxidation. This system can then generate sufficient heat to warm the thorax in the absence ADP. 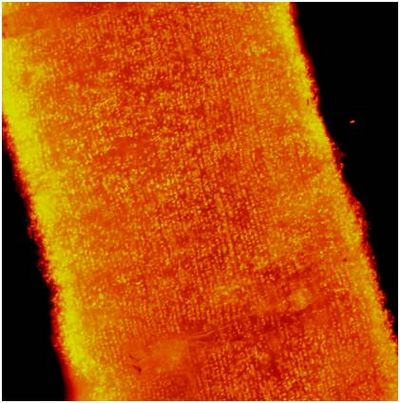 Retrieved from "https://wiki.oroboros.at/index.php?title=Hickey_2016_Abstract_MitoFit_Science_Camp_2016&oldid=124892"
Category:
This page was last edited on 9 November 2016, at 09:02.
This page has been accessed 5,156 times.
Privacy policy
About Bioblast
Disclaimers