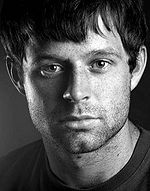 Hypoxia presents a physiological challenge to cardiac mitochondrial ATP generation [1]. Limiting atmospheric oxygen in both short-term chamber studies and longer term sojourns to altitude has been associated with decreased cardiac energetics in humans [2]. However, the metabolic mechanisms underlying these alterations are yet to be fully understood. Here, we set out to investigate the nature and timing of hypoxia-induced changes in cardiac substrate utilisation and electron transfer-pathway (ET-pathway) capacity, using high-resolution respirometry in permeabilized muscle fibres and enzyme activity assays.

Male Wistar rats were exposed to 10% environmental oxygen for either two or 14 days, with rats maintained in normoxia as controls. Despite a 12% loss in body mass (P<0.0001), 2 d hypoxia did not induce any metabolic changes. However, after 14 d hypoxia, tissue-mass specific OXPHOS capacity, driven by octanoyl carnitine (Oct+M) and pyruvate (P+M), dropped by 30% (P<0.05) and 21% (n.s.), respectively. The ratio of Oct to pyruvate-driven OXPHOS was 12% lower after 14 d hypoxia compared with controls (P<0.01), indicative of a switch in substrate preference. The loss of fatty acid oxidation capacity could not be explained by a loss of 3-hydroxyacyl-CoA dehydrogenase (HOAD) activity, as this was unaffected by hypoxia. Hexokinase activity, however, was augmented by 33%, following hypoxic exposure, when expressed relative to protein mass (P=0.02), and 39% when expressed relative to pyruvate-driven OXPHOS capacity (P=0.002), possibly indicating worsened coupling of glycolysis to glucose oxidation. In agreement with previous studies, 14 d hypoxia induced a 22% drop in Complex I-linked OXPHOS capacity (P<0.05). LEAK to OXPHOS ratio, a measure of mitochondrial uncoupling, was unaffected by hypoxia.

Paradigms of a hypoxia-induced metabolic substrate switch and the development of a diminished Complex I capacity are emerging, and these are supported by the present study. Although the molecular basis of the short-term loss in cardiac energetics is yet to be fully elucidated, the present data supports the hypothesis that the worsened energetic profile brought about by sustained hypoxia is propagated by a mismatch between glycolysis and glucose oxidation. The resulting proton production may have implications for mechanical function in the intact heart.