Causes of diabetes mellitus (DM) or its predisposing state, insulin resistance are not well established. Usually lack of exercise and nutritional overload induced by industrialization are blamed. Therefore exercise and diet change are recommended for its treatment and prevention. However industrialization brought more than these changes but environmental pollution. Incidences of obesity, DM and MetS have been increasing in parallel with the increase in the industrial chemical production. Many researchers had reported the presence of mitochondrial dysfunction in insulin resistance states, high blood levels of environmental pollutants in subjects with insulin resistance, and associations between the exposure to environmental pollutants and development of insulin resistance. However evidences that MetS is caused by exposure to environmental pollutants were meager. It had been difficult to establish cause-effect relationship, because the involved chemicals are enormously diverse, vary greatly over time, and present in mixture in human body. Furthermore, they exert additive, synergistic or even antagonistic effects, and quantitation of those chemicals in human samples was prohibitively expensive. My group realized, biological assays could solve this conundrum and developed a novel cell based aryl-hydrocarbon receptor (AhR) assay for environmental pollutants. We found sera from subjects with DM and MetS have higher AhR transactivation activity (AhRTA) and serum AhRTA correlated with its mitochondrial inhibitor activity (MIA). In this presentation I will show recent data which show the AhRTA and MIA are causatively associated with development of diabetes and MetS using samples obtained from two large epidemiologic studies. These evidences suggest MetS is in fact dysmitochondrial syndrome caused by mitochondrial disrupting chemicals (MtDCs). It is urgently needed to evaluate various environmental pollutants on mitochondrial functions, which are currently discussed under the various names, such as endocrine disrupting chemicals (EDCs), persistent organic pollutants (POPs), metabolic disrupting chemicals (MDCs). 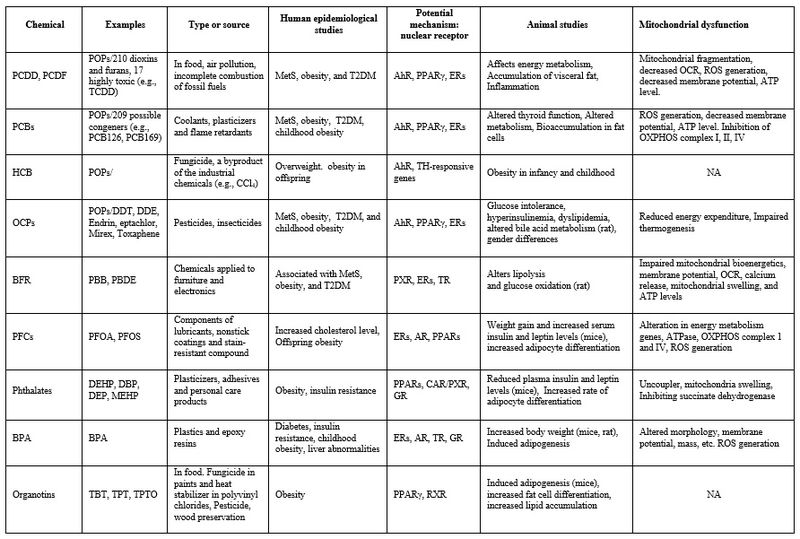 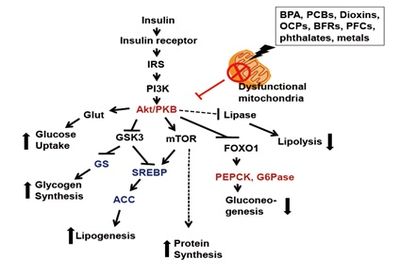