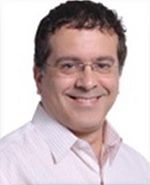 As our relationship with mitochondria evolves, we remain fascinated by the impact of this organelle in two seemingly unrelated conditions: aging and metabolic diseases. While aging involves insufficiency of mitochondrial quality control and turnover mechanisms (such as autophagy), type II diabetes and obesity are influenced by the ability of the organism to deal with excess nutrient environment. The observation that both conditions are impacted by the duration of exposure to excess nutrient environment raises the question: Are the tasks of handling nutrients in excess and maintaining quality control ever in conflict? Mitochondria go through continuous cycles of selective fusion and fission, referred to as the “mitochondrial life cycle”, to maintain the quality of their function [3-5]. Changes in mitochondrial architecture can represent an adaptation of mitochondria to respire according to the bioenergetic needs of the cell [2]. Conditions requiring high mitochondrial ATP synthesis capacity and/or efficiency, such as limited nutrient availability, are associated with mitochondrial elongation [1]; reviewed in [2], while conditions of excess energy supply and relatively low ATP demand, such as beta-cells exposed to excess nutrients, induce mitochondrial fragmentation [6]. This raises the possibility that mitochondrial fragmentation supports uncoupled respiration and thus increases energy expenditure by promoting nutrient oxidation towards heat production, rather than towards mitochondrial ATP synthesis.

To test this hypothesis, we explored a system where a robust shift from coupled to uncoupled respiration and increased energy expenditure can occur. The brown adipocyte offers a unique system where transition to uncoupling can occur within minutes and in a physiological rather than pathological context. Therefore, it represents an attractive model for studying the regulation of energy expenditure induced by hormones.

Our results indicate that norepinephrine induces changes to mitochondrial architecture that serve as an amplification pathway for uncoupling in brown adipocytes. Remarkably, we now have evidence that similar changes, though at a longer time scale, occur in the beta cells under excess nutrient environment. In the beta cell, nutrient–induced fragmentation is associated with increased uncoupling and the enhanced consumption of excess nutrients, thereby serving as an adaptive mechanism.