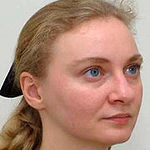 Marine organisms are exposed to periodical oxygen deficiency (hypoxia) in estuarine and coastal zones, due to the tidal cycles and/or seasonal formation of the benthic “dead zones”. In sessile organisms, such as bivalves, which cannot escape hypoxic exposures, the ability to survive hypoxia is critically dependent on the physiological and cellular tolerance mechanisms that allow coping with oxygen deficiency and quickly recovering upon reoxygenation. Energy limitation and damage due to reactive oxygen species are major stressors during hypoxia and post-hypoxic recovery, and it is not well known how mitochondria of hypoxia-tolerant marine organisms cope with these challenges.

Decreased protein synthesis provides an energy-saving mechanism during hypoxia in clams while upregulation of the substrate oxidation capacity poise them for a quick recovery upon reoxygenation. Scallops do not possess these mechanisms and suffer from mitochondrial deterioration and energy deficiency, limiting their ability to survive and recover from hypoxia.