Physical function and strength decline with age and lead to limited mobility and independence in older adults [1]. Alterations in mitochondrial function are thought to underlie numerous age-related changes, including declining physical ability. Recent studies suggest that systemic changes in bioenergetic capacity may be reported by analyzing mitochondrial function in circulating cells [2,3,4]. The objective of this study was to determine whether the bioenergetic capacity of peripheral blood mononuclear cells (PBMCs) is related to differences in physical function among older, overweight/obese, adults. To address this, we tested the hypothesis that greater PBMC respirometric capacity would be associated with better physical function, muscular strength, leg lean mass, and muscle quality. Furthermore, we tested whether the respirometric capacity of PBMCs is related to cellular composition and inflammatory status reported by interleukin 6 (IL-6).

Our results indicate that respirometric profiles of readily obtainable blood cells are associated with physical function and strength. Future studies should be undertaken in order to determine whether blood-based bioenergetic profiling can provide an objective index of systemic mitochondrial health. 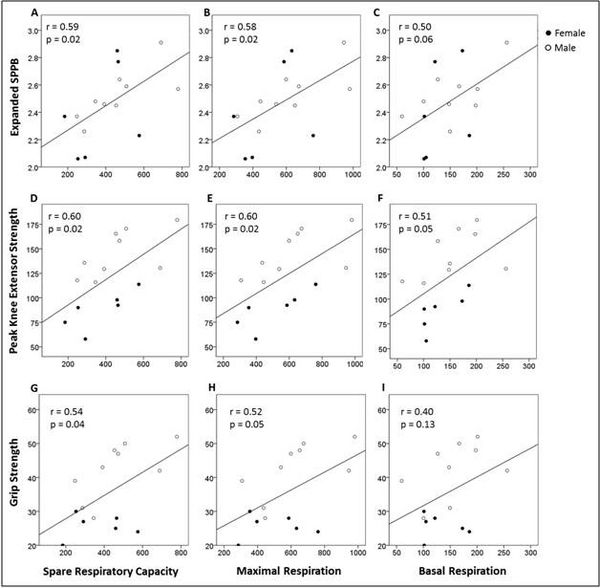