Abstract: The bioenergetic crosstalk between mitochondria and chloroplasts plays a key role in maintaining metabolic integrity and controlling metabolite production for growth and regulation of cell concentration. Dark respiration and photosynthesis were measured in the green alga Chlamydomonas reinhardtii at varying oxygen concentrations and three cell concentrations using the NextGen-O2k with the PhotoBiology Module. Maximum net photosynthesis at a light intensity of 350 µmol∙s-1∙m-2 (blue light) was inhibited at hyperoxia by 40 % at oxygen concentrations of 550 to 650 µM. Light-enhanced dark respiration reached a (negative) maximum within 30 to 60 s after light-dark transitions and was 3.5- to 4-fold higher than steady-state dark respiration independent of O2 concentration in the range of 200 to 650 µM. 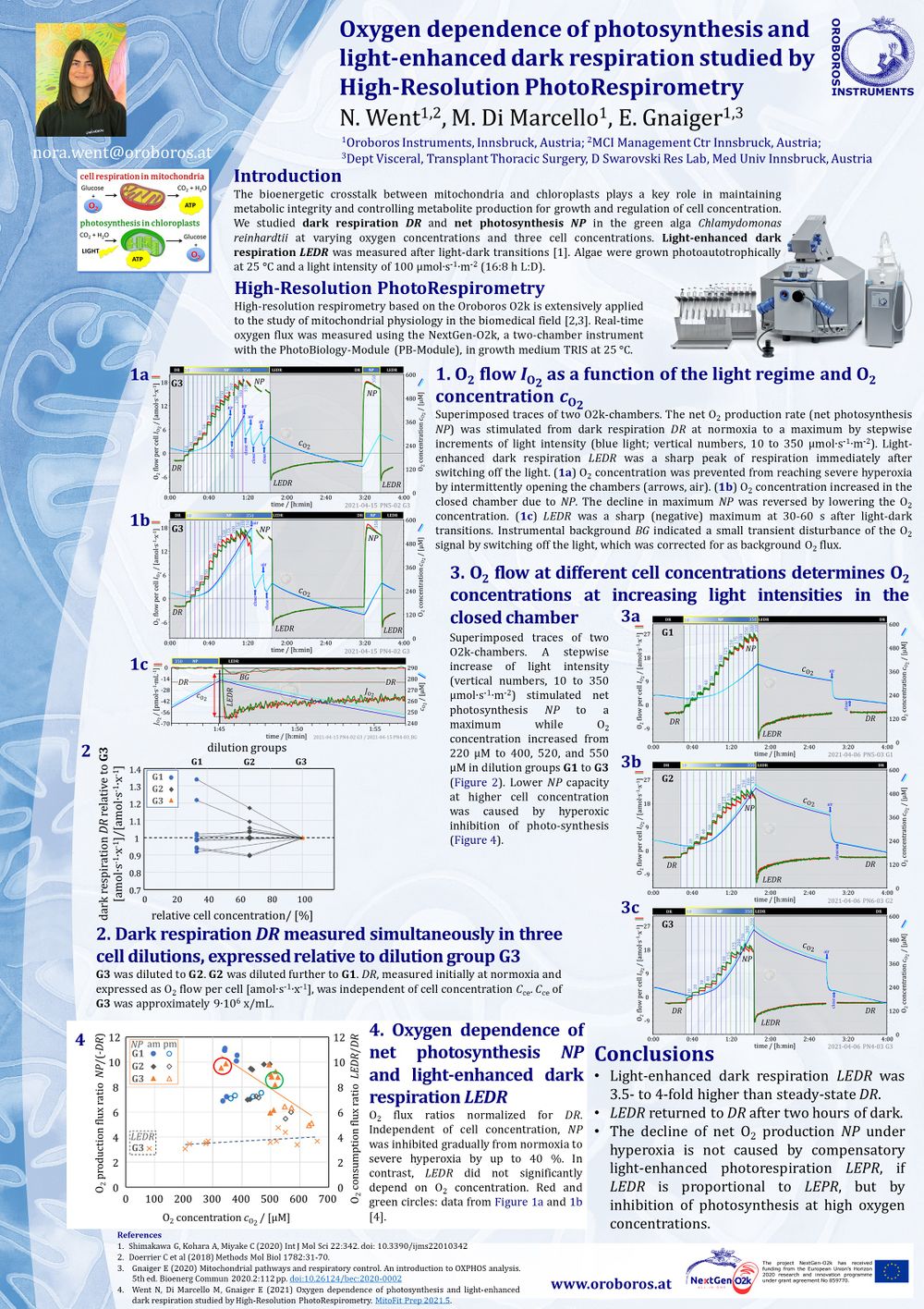 Supported by project NextGen-O2k which has received funding from the European Union’s Horizon 2020 research and innovation programme under grant agreement No. 859770.