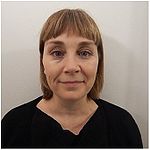 A Beckman Coulter Z2 Cell and Particle Counter as well as an ICELLigence system were used to analyze cell number, proliferation and size. Fluorescence-activated cell sorting FACS was used to characterize each cell in regard to relative ﬂuorescence intensity. A Seahorse XF-24 analyzer was used to test effects of Resv on mitochondrial activity. Quantitative PCR was used to determine relative amounts of a known sequence of key genes related to mitochondrial function.

Our results show that Resv decreases the cell number dose-dependently in both HeLa WT and HeLa Rho 0 (depleted of mtDNA), but show no effect on cell proliferation with regard to functional mitochondria. A significant increase in cell diameter was observed in HeLa WT but not in HeL Rho 0; hence functional mitochondria seem to be a prerequisite for the cell enlargement effect by Resv. An overall increase in mitochondrial number, membrane potential and reactive oxygen species was observed in HeLa Rho 0 compared to HeLa WT. Exposure to Resv induced only small (statistically insignificant) differences. The oxygen consumption rate was dose-dependently up-regulated by Resv, which also is observed on extracellular acidification rate. To further evaluate if mitochondria of HeLa WT and HeLa Rho 0 cells were affected by Resv treatment, the expression levels of several key genes related to mitochondrial function were measured, leading to results consistent with previous reports [5].

Supported in part by the Danish Council for Strategic Research.