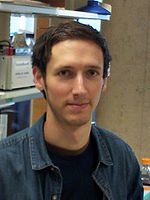 Triphenylphosphonium-conjugated imidazole-substituted oleic acid (TPP-IOA) is an inhibitor of cytochrome c peroxidase activity that appears to initiate apoptotic cell death via cytochrome c release. As a molecule that interacts directly with cytochrome c, TPP-IOA may also affect mitochondrial respiration. We are evaluating the dose-effect relationships of TPP-IOA’s interactions with mitochondria.

Taken together, these preliminary data indicate the importance of (i) choosing appropriate cell culture conditions that promote reliance on oxidative phosphorylation to evaluate the effects of molecules that are targeted to mitochondria, and (ii) including experimental controls of TPP, since this moiety and linker group can have significant effects on mitochondrial function.