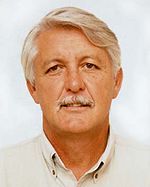 I will present an overview on our contributions to the field of mitochondrial bioenergetics in fungi, trypanosomes, plants and mammals. I will start by describing the experimental conditions that allowed for the stoichiometric measurements between oxygen consumption, electron flow through the respiratory system, Ca2+ uptake by mitochondria and the outward pumping of protons by rat heart mitochondria respiring on NAD-linked substrates. We showed that the transfer of two electrons from NADH to O2 was accompanied by the outward pumping of 10-12 H+. These experiments also originated the first observation indicating that Ca2+ release from mitochondria could be stimulated by the oxidized state of mitochondrial pyridine nucleotides. Further studies on these mechanisms provided evidence that Ca2+ plus prooxidants, including NAD(P)H oxidants, open the mitochondrial permeability transition pore (PTP) suggesting the redox nature of the PTP. These studies have significantly contributed to the current understanding on the participation of mitochondria in the process of cell death that occurs under conditions of tissue oxidative stress. The studies with mammalian mitochondria provided the background for research carried out in plants, fungi and protozoa. In plants and fungi we discovered the plant mitochondrial uncoupling protein (PUMP) and that plants have a family of uncoupling mitochondrial proteins, consisting of up to six members that are fundamental for plant defence against biotic and abiotic stresses. In protozoa, the use of digitonin to permeabilize the cell membrane to small molecules, nucleotides and probes permitted the characterization of energy-linked mitochondrial functions in situ including the description of the Ca2+ uniporter in these parasites. In addition, I will present more recent studies characterizing molecular mechanisms of mitochondrial participation in the processes of degenerative diseases such as hyperlipidemias.