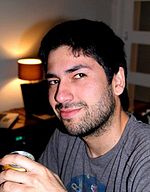 Energy metabolism (generation of ATP) is driven by aerobic oxidative phosphorylation (OXPHOS), which occurs in the mitochondria, and by anaerobic glycolysis taking place in the cytoplasm. In most cancer cells, energy generation switches to glycolysis even in the presence of oxygen, a phenomenon known as the Warburg effect, which has preoccupied most cancer research while neglecting mitochondria. However, recent studies have shown that mitochondrial tricarboxylic acid (TCA) cycle, which produces NADH that is reduced by Complex I delivering the electrons for OXPHOS, is both functional and essential for tumor growth. The TCA cycle plays a pivotal role in the synthesis of macromolecules, including proteins, lipids and nucleotides. The TCA cycle is finely regulated by Ca2+, which enters the mitochondria through MCU [1] driven by a considerable voltage across the inner mitochondrial membrane (ΔΨmt), generated in part by protons being pumped by respiratory electron flow. Metformin, which has been widely used for over 40 years to treat diabetes, mimics caloric restriction acting on cell metabolism at various levels. It primarily inhibits Complex I and activates AMPK, effects also observed during inhibition of mitochondrial Ca2+ uptake. Interestingly, metformin and other inhibitors of Complex I can selectively cause cell death in cancer cells through a mechanism that is still unclear [2,3].

Here, using extracellular flux analyzer technology, we show that incubation with 5 mM metformin for 24 h decreased both ROUTINE respiration and uncoupled oxygen consumption (ET-capacity) in MCF7 cells, recapitulating the effects observed by inhibition of Ca2+ uptake by MCU. These effects were accompanied by a perturbation of cytosolic Ca2+ concentration, a robust activation of AMPK and autophagy induction. Additionally, we demonstrated that chronic (24 h) exposure to 10 mM metformin induced inhibition of cell growth and more than 50% cell death in MCF7 cells. This effect was visible only when cells were forced to rely bioenergetically on mitochondria (in media with low glucose), reinforcing the concept that metformin has antitumor properties that probably inhibit Complex I and causing a bioenergetic collapse of the cells.